Synopsis: Marshal Jim Cogan runs a small western town with an iron fist. When cowboy Dave Dunson gets in a scuffle with the marshal, he is thrown into jail with two wrongfully imprisoned men. With the help of a woman who has a tragic history with the marshal, the men get out of their cells but, after also being accused of robbing a stagecoach, the four must escape the murderous Cogan and his posse. 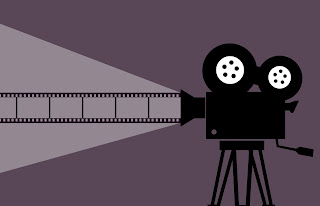 Review: I came across this movie a couple days ago and, mostly because it had Jack Nicholson, I decided to add it to my library. I had time to watch it yesterday afternoon and it ended up being an enjoyable western.

The overall plot was decent. It was fairly simple overall but with just enough twists to keep things from getting too predictable. I especially liked the twist involving the four of them being mistaken for stagecoach robbers. Had they simply escaped from jail, I don't think anyone but Cogan would have cared but being accused of an actual crime upped the anty and put them in danger of being gunned down by a posse.

The thing I found I liked most about this movie was the way Cogan (Taylor) was introduced and portrayed. At first, he didn't seem like such a bad person, just a seasoned lawman who wanted what he thought was best for his town and, while somewhat harsh, his decisions, such as arresting a cowboy (Dunson) who threw a punch at him, could be justified. However, as the movie progressed and the character started to take more extreme measures, it was easy to figure out why he was considered the villain, even before the movie reveals his past.

I also have to say Nicholson's character, Will Brocious, was equally as intriguing. While he technically was innocent of any crimes (he was in jail because his father was an outlaw), I'm not so certain he was a good guy. He was, after all, fairly quick to keep the money dropped from the stagecoach and didn't seem afraid to murder Cogan if given the opportunity. As a result of this, I did find myself wondering if maybe he would end up crossing a line at some point. It was one of those things that kept the movie interesting simply because it was hard to tell what would happen next.

Final Opinion: This is a relatively short film with a fairly simple plot. However, the great acting and character development do make it a fun movie to watch and I enjoyed it as a result.