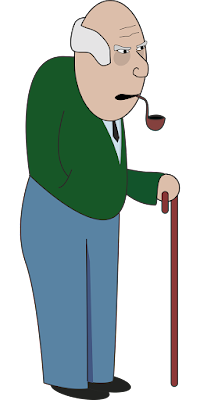 Image by OpenClipart-Vectors from Pixabay

I look in the mirror and see a ghost.

A grumpy old man where my image should be.

His hair is grey, he’s carrying some extra pounds

And his eyes no longer sparkle with a feeling of being carefree.

He looks a bit familiar, like I’ve seen him some place before.

Was it at some sort of function or celebration?

From his facial features, it’s possible

He might even be some sort of distant relation.

He looks so sad and grumpy.

His face is so grim.

It makes me wonder

What the world has done to him.

As I study this mirror apparition,

I ask myself “how could he let himself go like that?”

I try to be respectful,

But he’s just so sad to look at.

I guess I shouldn’t be so quick to judge him,

After all, I’m sure there are plenty of things

On which he and I would agree.

So what if he can’t keep his eyes open in his chair?

It’s not like there’s anything wrong with an afternoon nap.

Plus, he’s not wrong,

You also can’t blame him for all the conversations he ignores.

It’s not like people have a whole lot that is important to say.

Still, I can’t help but feel pity for him

And feel glad it will never happen to me.

As far into the future as I can see.

He must be much closer to his twilight

While I’m still closer to my dawn

Because..wait, excuse me a minute…

Hey, you there! Get off my lawn!