So, I Am Officially Fed Up With Direct TV

October 03, 2019
As someone who has worked in the customer service/call center environment before, I do think I tend to be a bit more patient with companies than the average person. At minimum, it takes a lot for me to reach a point where I want to take my business elsewhere. Direct TV (aka AT&T/Direct TV) has managed to do that over the course of a 30-minute phone call.

Our service has been down since at least yesterday evening (when we first turned on our TV and discovered it). The box seems to be able to detect the dish on the roof and the dish seems to be able to detect the satellite. But, after that, nothing happens. It just says it is receiving satellite info forever and forever without ever getting above 0%.

Based on my own troubleshooting skills, my best guess is the heavy rain we've had this week either knocked the dish out of alignment or has a tree branch weighed down to the point it is blocking the signal. After spending some time trimming the closest tree to our house this morning, I'm starting to think it might be more of the former than the latter (though I do still have one more branch I need to climb up and get). 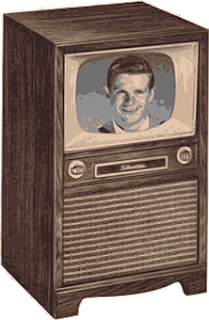 To cover my bases, I decided to reach out to Direct TV to make sure it wasn't something else. At first, I used their chat feature. This resulted in them doing a reset on their end that fixed nothing. At that point, I figured it would be more productive to just call them.

The first representative that picked up, after about 5 minutes on hold, had a very heavy accent. This, in itself, wasn't that big of a deal. But, she also had a tendency to mumble so it was very hard to understand her. That conversation went nowhere as a result because I had to keep repeating myself to her and she had to keep repeating herself to me. And, at one point, I think she might have mentioned I was being billed for the call, which I'm really hoping I misunderstood her.

The second rep wasn't much better. The accent wasn't as heavy and he didn't mumble. But, he did sound like he was either drugged up or didn't get enough sleep the night before. He is the one that ultimately got on my nerves to the point I'm going to shop around.

Finally, after he started listening to me as I explained all the troubleshooting I already did and the conclusion I came to, he seemed to agree with me. However, I'm not sure if he really agreed or just said it because I did and he didn't have an error code to reference. At this point, I asked him what the next step was and, after a very long pause, to the point I wasn't even sure if he was still even paying attention, I got frustrated and hung up.

He called me back a couple minutes later and seemed a little offended when I told him why the call was disconnected but said he was arranging for a tech visit. Ultimately, that tech visit isn't happening until two days from now. But, that's not what irritated me most.

Scheduling the tech seemed to take forever and, as I was on the call, I realized that was likely intentional because this rep used the time as an opportunity to sell me crap. First, it was an upgrade on my service. And, when I told him no, he tried to explain how the tech could install the new equipment when he came out to repair my service. Several minutes later, he tried to sell me a new maintenance plan and, when I told him no (I already have a maintenance plan), asked if I wanted him to e-mail me the information.

As I told my daughter, who was watching me get very frustrated, I'm not going to upgrade services when my existing services aren't even working and I can't get them fixed.

After the appointment was finally set, I hung up on the rep before he even had a chance to say good bye. Yes, I know that was rude but his comment about "thank you for choosing AT&T" was horribly inaccurate. I didn't "choose" AT&T, they just bought the company I used to enjoy having. I would never have chosen AT&T with this level of customer service.

A short time later, I got a text confirming my tech appointment with a link I can refer to if I choose to fix the problem myself. Because, you know, I spend $130/month for my TV service and maintenance plan so I can climb on the roof myself.

But, on the bright side, I have two days to shop around for another provider.
at&T direct tv satellite television