Getting Ready for Our First Year of Homeschooling.

September 01, 2019
School starts in a couple of days and, while it will be business as usual for our youngest daughter, her older sister will be doing something new, homeschooling.

OK, technically, she is still attending school. She'll just be doing it via a virtual (computer) environment. But, for all effective purposes, she is learning from home with my wife, my mom and I sharing her educational responsibilities as she starts her sophomore year of high school. 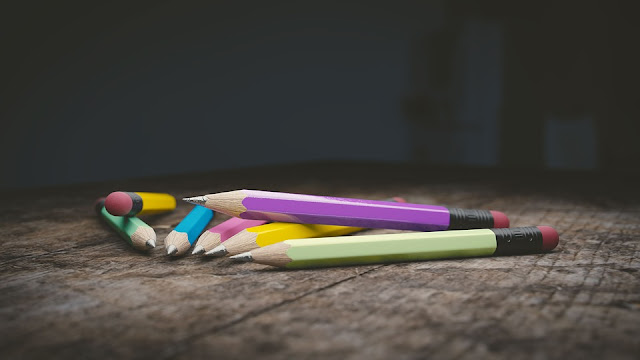 To tell you the truth, there was a time when I thumbed my nose a bit at people who homeschooled their kids, mostly because I couldn't see the point when public schools seemed perfectly adequate. Now, I am apologetically confessing and admitting they might have been right all along.

Both of my daughters are bright and talented kids and were on the school district's gifted/talented list. But, while her younger sister seems to be thriving in a traditional school setting, my teenager has had her share of issues.

In elementary school, it was bullies. First, the bullying came from her classmates then, later, it came from a teacher that seemed to go out of her way to punish my daughter for breathing wrong. And, this isn't an exaggeration. She once wrote my daughter up (sent the note home and everything) because she sharpened a pencil during writing class (there isn't more to that story. My wife talked to the teacher immediately after and that was the extent of it, my daughter took out a pencil sharpener and sharpened her pencil).

In middle school, it escalated and, during her 8th-grade study hall, which she described as being chaotic to the point she already couldn't concentrate, she even had two boys drop their pants in front of her as a prank (which went unnoticed by the teacher because she chose to monitor the class from a room across the hall), leaving her uncomfortable and embarrassed to the point she had to fend off a panic attack every time she had to go in there (and, for the record, she did report the boys. Nothing happened to them).

Despite all of this, she still managed to do quite well, excelling at most of her classes. However, last year, her first year of high school, she finally hit a wall and, between a new environment (which was, in itself, a mess due to renovations), a block schedule that left her with too little class time and way too much homework and increasing social anxiety from years of bullying (which did not stop), she finally just gave up.

Ironically, she still did quite well on her tests, As and Bs. But, since the high school put a lot more emphasis on the homework than she was used to (the middle school, in comparison, didn't even grade homework), her grades started slipping for the first time in her school career and she would come home visibly stressed and upset. As she saw a lot of her friends (also struggling with the change) choosing to transfer to different schools, she started asking for a change too. I finally pulled the trigger on one of the last days of open enrollment.

So far, I am optimistic about this choice. We enrolled her for credit recovery classes over the summer and she excelled in the new home/virtual environment, getting an A in English and a B in Global Studies, two classes she had failed her last semester. She seems much more energetic and enthused about school than she's been in a while and is even looking forward to physical education (a class she hated last year because the teacher seemed to focus on weightlifting and volleyball for the majority of the year) because she can get credit for doing the activities she already does, like ice skating and hiking. And, since she should be done by 1:30 most days, she feels she'll have a much easier time keeping up with her homework.

In fact, we are actually talking about doing this for our other daughter as well. She's in orchestra, so it would be a bit trickier. But, she's entering 5th grade and is already reading at a high school level and we feel her current school environment doesn't have the capability to help her capitalize on that (home schooling, in comparison, gives us the ability to enroll her in a "gifted" program). We're leaving her enrolled in a traditional school for now, but if we feel she isn't getting an opportunity to achieve her full potential, we might pull the trigger before she enters middle school.

This is honestly not what I would have expected a couple years ago but, after seeing the change in my daughter in only a few weeks, I'm a much bigger fan of homeschooling than I thought I'd ever be.
education home schooling learning parenting