They Finalized the 2017 Skating Points 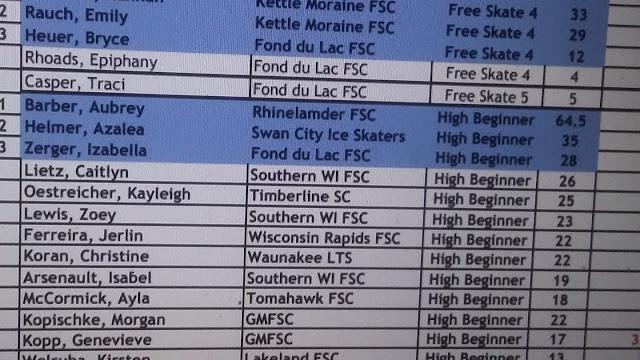 My daughter actually received her 2nd-place medal back in November so this wasn't much of a surprise. But, I checked this morning and they finally made the results of the 2017 Wisconsin Compete With Us Series official.

This is her second series medal. She shared 1st place for the Basic 8 category back in 2015 and probably would have had a shot at a third one last year had she not broken her foot at school. To win a series medal, she had to compete at a minimum of 2 competitions held throughout the state (she skated at 6). Points are awarded based on how she placed at those competitions and were accumulated throughout the year. The top three earn medals. She finished second out of about 75 skaters that competed at the high beginner level.

I'm not sure if she'll be eligible for another medal going forward. She's moving up to the pre-preliminary level this year and, as far as I can tell, that level and higher aren't included. But, we'll be able to compensate for that by having her enter some new competitions rather than the same ones she's been skating at.
figure skaters figure skating ice sports skating sports winter sports