October 02, 2017
Like most people, I woke up this morning to the horrendous news out of Las Vegas and was saddened to read about so many people being killed and wounded at random by a gunman.

I did not, however, find out about this tragic event through the news. I found out about it from people who were posting their prayers for the victims on Facebook. And, once I got more details about it, I did the same. 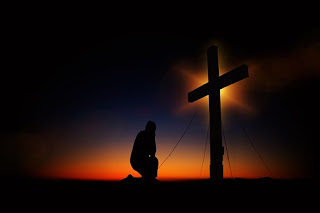 However, as is sometimes the case with tragedy, I also found some enlightenment this morning. As I read the numerous posts supporting Las Vegas and offering thoughts and prayers, I asked myself "why do we only seem to care about each other when something tragic happens?"

It actually reminded me of being at a funeral. Usually, I'll run into a relative I almost never see and will end up making plans to have a reunion or some other kind of get together so we can catch up under less tragic circumstances only to never see it happen.

Social media is pretty much the same. When there's a tragedy, we remember we are all human and have families so we take the time to care about each other. But, during the rest of the year, we don't even give each other a casual thought.

What if, instead of using Facebook, Twitter and other social media to argue with each other over things like the National Anthem, gun control, etc. we, instead, used it to show our support for each other by sending random prayers to people in neighboring states (or other countries for that matter) or, if you don't believe in prayer, use that platform to just show some other form of random kindness to strangers.

Would this have prevented the Las Vegas tragedy? I don't know. And, chances are we will never see an end to acts of hatred. But, kindness can go a long way and, if we make the effort to spread the message of love rather than the message of hate every day instead of just when something bad happens, maybe we can snuff out just enough of the hatred to make events like this one much less common.
facebook las vegas shooting las vegas tragedy prayer sending prayers social media