Book Review: "The Mysterious Affair at Styles" by Agatha Christie (1920)

October 12, 2017
Synopsis: A wealthy widow re-marries and, a short time later, is poisoned. Belgian detective Hercule Poirot is asked to investigate but, while all the evidence seems to implicate the victim's much-younger husband (who stands to inherit her fortune), Poirot is reluctant to name him as the murderer. 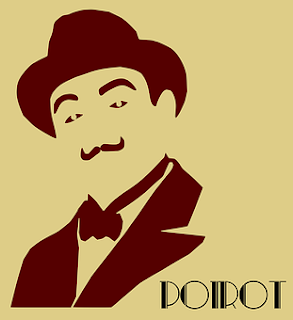 Review: I used to read mystery novels on a regular basis when I was younger. But, as I got older, married and had kids, I found I just don't have the time to read books as often as I used to. Well, actually, that isn't completely accurate. I have time. However, I'm one of those people who has a hard time reading when there's others making noise, etc. And, with kids, my quiet time is limited.

However, after realizing I can find a peaceful corner to read while I'm at the ice rink (which occurs multiple times each week) or during my youngest daughter's gymnastics class, I decided to make an effort. And, I started with this book.

I've attempted to read some of Agatha Christie's later books but found I would get a little confused at times because there were usually characters (or references) from earlier mysteries. So, when I decided to give her another try, I did so with the intention of starting with her very first book. As it turns out, this was a good choice.

I finished the book last night (while working concessions at the ice rink) and, after finishing it, I was, overall at least, pleased by it. The mystery was a good one. While the husband seemed like the one with the most to gain from the woman's death, there were plenty of other suspects as well, including the two sons who no longer were her primary heirs (though I had a hard time believing either was the killer since it would have made more sense to kill her husband than to kill her). Plus, as Poirot himself brought up, some of the evidence seemed a little too easy, as though the husband were being set up.

One thing I found I loved about this book was Poirot himself. In addition to being a bit arrogant to the point it was difficult not to be a little annoyed by him, I thought his little quirks, especially the way he meticulously dressed himself and would straighten things up when agitated, really brought him to life. It was easy to see why he is the main character in so many of other other novels.

My only real complaint about the book is Christie might have gone a bit overboard with the various red herrings, especially toward the end, when the suspicion kept bouncing around until Poirot's big reveal, making it difficult to keep up at times. I think she could have kept the story interesting without throwing in a bunch of extra suspects at the last second.

Final Opinion: Overall, I thought this was a good book. It's probably not the best book Christie wrote. But, she does a good job introducing us to one of her most famous detectives and the mystery was intriguing enough to keep me interested. I enjoyed it as a result.