Snake Photo (Well, Most of One Anyway) 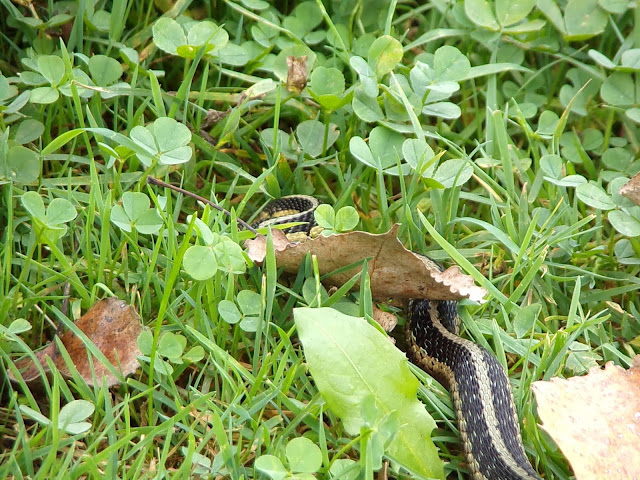 At first, I thought this snake was dead because, even though I didn't spot it until I was almost on top of it, it didn't budge. Plus, I couldn't find its head (it's not uncommon to find beheaded snakes after they mow the paths).
However, as it turns out, it was still alive. It was just busy trying to catch a grasshopper that had hidden itself in the dirt. It pretty much ignored me as a result. But, unfortunately, I couldn't get a better photo because, by the time I got in a better position, it had its lunch and was slithering into the taller grass.
animals garter snakes nature outdoors reptiles snakes wisconsin snakes