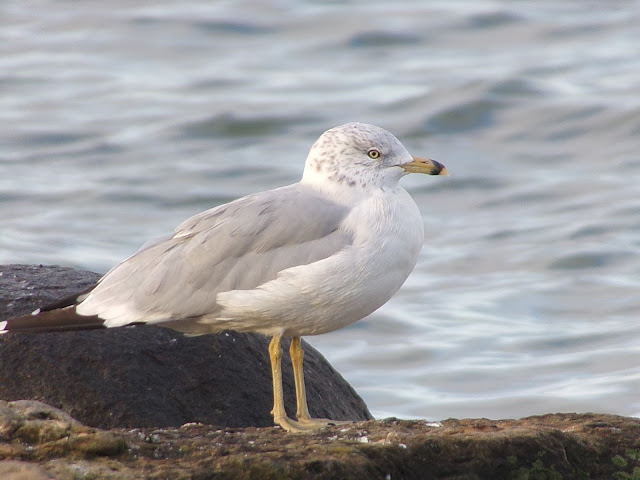 It's been really chilly out the past couple of mornings. In fact, as I was walking along the shoreline this morning, I realized I probably should start wearing gloves (my hands are always the first to freeze).

All I can say is, it's way too early for it to be this cold already. I know it's Wisconsin and we can get winter-like weather as early as September. But, just a couple of weeks ago, the temps were in the 80s. I know it's going to get cold eventually. I just wish it would be a bit more gradual.

The critters are apparently starting to notice as well. The only thing along the shore this morning were gulls (which usually stay all winter). Most of the other birds were hiding from the cold temps. Either that, or they are already heading south.
animals birds gulls lake birds nature outdoors. water birds wisconsin birds
Location: Edgewater Park, McKinley Beach Rd, Beaver Dam, WI 53916, USA