I Had a Strange Experience at the Grocery Store Yesterday

August 11, 2017
OK, to be fair, I don't blindly put things in my cart and do take a moment to at least glance at an expiration date or look for mold (especially with produce). However, I had to do some grocery shopping yesterday evening and was beginning to feel as though I was in an episode of the Twilight Zone.

It seemed as though every aisle I walked into had someone closely inspecting some sort of food item. And, when I say inspecting, I mean they looked at the food the same way an antique collector would inspect an item to determine its authenticity. 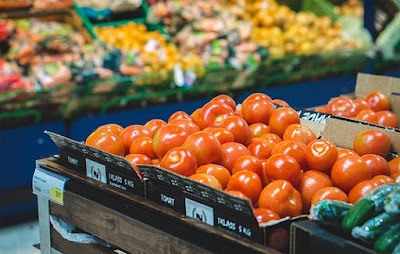 For example, I needed some buns (I made brats for dinner) and, when I went into the bread aisle, there was a woman already there. I waited patiently for her (she was blocking the aisle) as she took probably a dozen loaves of bread off the shelf and examined each and every one of them before settling on one. I thought this was a bit odd and, when she walked away, ended up (out of sheer curiosity) picking up one of her rejects and couldn't find a single thing wrong with it.

Then, when I decided to pick up a pack of hot dogs for the girls (neither one of them is crazy about brats), I experienced the same thing. This time, it was a completely different customer and she was examining the hot dogs in the same way the previous customer was examining the bread while a customer standing behind me was spending an awful lot of time looking at the steaks as though he was trying to find something specific.

I won't go as far as to say I was getting creeped out by all of that. But, it was bizarre enough for me to just grab a pack of hot dogs from the bargain section and head to to the check out lane (where I had a whole other situation involving those stupid chips they've put on debit cards) and leave ASAP. I'm not sure what was getting into the customers last night. However, I now realize why I prefer to shop early in the morning, when the store is pretty much empty.
bratwurst bread food shopping funny experiences grocery shopping hot dogs life experiences shopping strange experiences