We Saw .38 Special in Concert Tonight 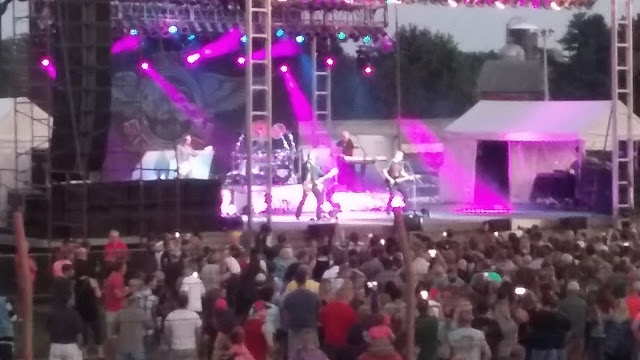 They were the band playing at the county fair tonight and my wife and I were able to see them as part of our paid admission.

It's the second time we've seen them in concert. We watched them in Wisconsin Dells a few years ago and, even though I'm not a huge fan, I do think they put on a decent performance.

If anything, I think they were better than last year's rock performer, Brett Michaels. We were looking forward to that concert last year (well, my wife was at least) only to discover he's becoming nothing more than an expensive cover band (and, yes, I'm including his performance of Poison songs in that. What's the point of going on a solo career if you don't have your own original solo music?). .38 Special at least played their own songs.

We didn't stay for the whole concert because we were getting hungry and wanted to leave before the traffic got bad. But, we stayed through Hang on Loosely. They were performing it as we were walking to the car and we could hear it from the parking lot.
.38 special bands from the 80s concerts county fairs dodge county fair music rock bands
Location: WI-33, Beaver Dam, WI 53916, USA