June 30, 2017
After days of cool temps and rain, we finally had a nice day today so I decided to take advantage of it by lighting the grill. Since I needed something to throw on it, I stopped at the grocery store on my way home and picked up a box of Johnsonville Mushroom & Swiss Grillers.

This was not a planned purchased. I had planned on picking up either a couple steaks or some chicken. However, the grillers happened to be on sale for $3.99 and the mushroom & Swiss variety, which I had never had before, looked decent so I ended up making this purchase instead. Overall, I have to say my opinion of this product ended up being a bit mixed. 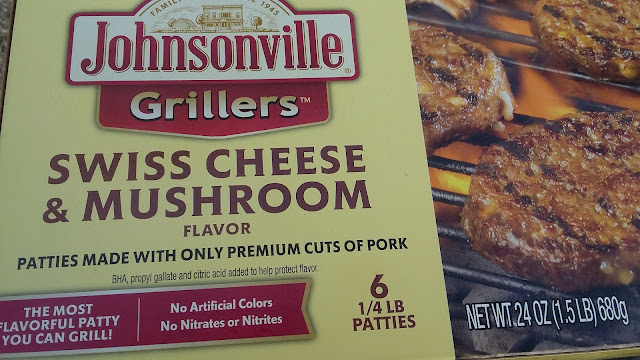 One thing I found I did like about this product right off the bat was how easy it was to get the patties separated once I took them out of the box. I know this is something that probably isn't a huge deal for other people. But, one of my biggest pet peeves with most frozen patties (brat patties or otherwise) is having to spend several minutes or longer trying to get them unstuck from each other. These came apart without any real effort or the need to pry them apart with a kitchen knife.

When I started grilling these, I figured I would have an issue with the grill flaring up from grease. That, however, turned out not to be the case. In fact, I've had quite a few "lean meat" burger patties that flared up much easier than these did. This, of course, made them much easier to prepare on the grill. 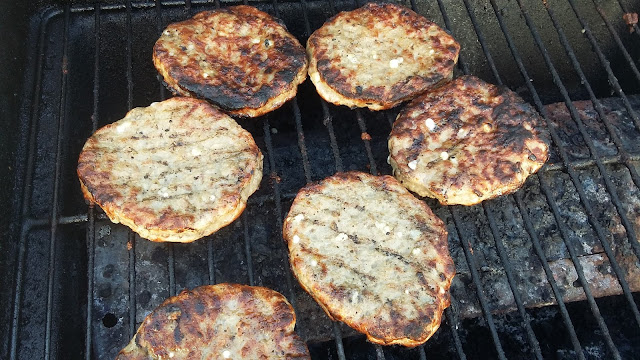 As far as taste goes, I thought these were OK. Even though I normally like bratwurst, I'm not really sure if I liked these better than a regular burger patty. However, they definitely had a different flavor to them and scored some points just for being unique.

I think my biggest complaint about this product was the lack of cheese and mushrooms in them. There was some. But, based on the description, I honestly expected to taste the mushrooms and Swiss in every bite and that turned out not to be the case. In all honesty, I'm not sure I could have been able to tell those were in the patties had I not seen the box first.

As a result of this, I'm not really sure I would buy this particular product again. I might still buy the Johnsonville Grillers. But, I think I'd be better off just picking up a box of the original patties and adding my own mushroom and Swiss.