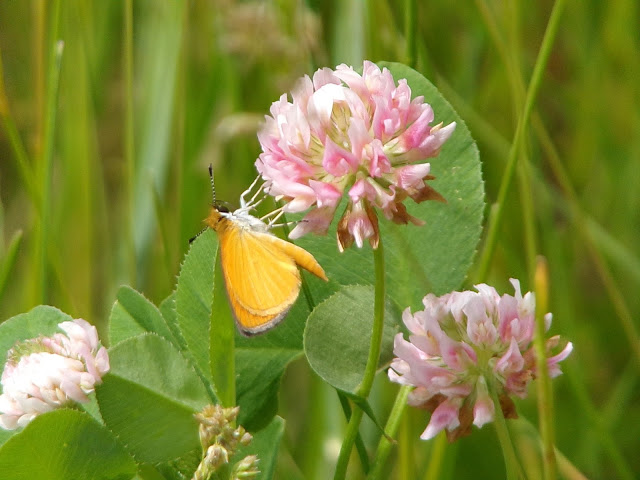 I was hoping to see some garter snakes when I walked up this trail. Instead, I saw a bunch of moths. This included this moth, which I photographed when it landed on a clover.

*Just an update on this. I was apparently mistaken and this is actually a butterfly rather than a moth (I'll never claim to be a bug expert). I did make the correction in the title as a result. On the bright side, I was right about it being perched on a clover.