June 29, 2017
It was still very overcast this morning and, with the rain we've been having, I decided to keep my walk short and went by the lake. Here are some of the photos I was able to get, despite it being kind of dark out. 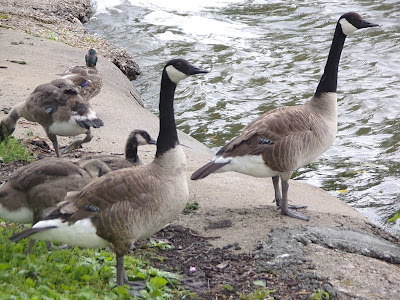 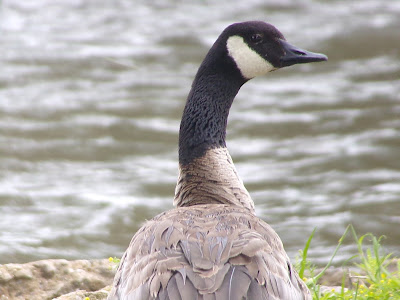 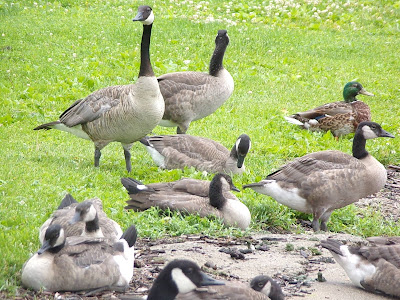 There were quite a few geese at the park this morning. This, of course, meant I had to watch where I was stepping out of fear of getting something smelly stuck to my shoe. But, at least they were cooperative as far as photos are concerned. 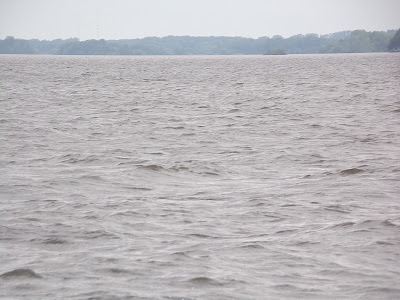 The lake was really choppy this morning. I know there have been concerns about the rising water levels and those waves were actually pretty scary looking. 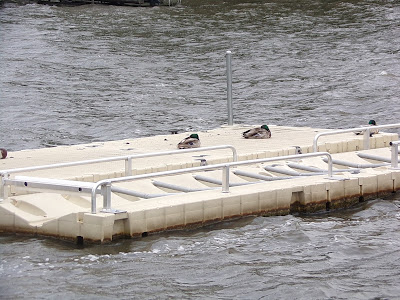 Even the ducks were afraid of the water. They were all hanging out on shore or on some of the boat launch platforms rather than trying to swim around in the lake.