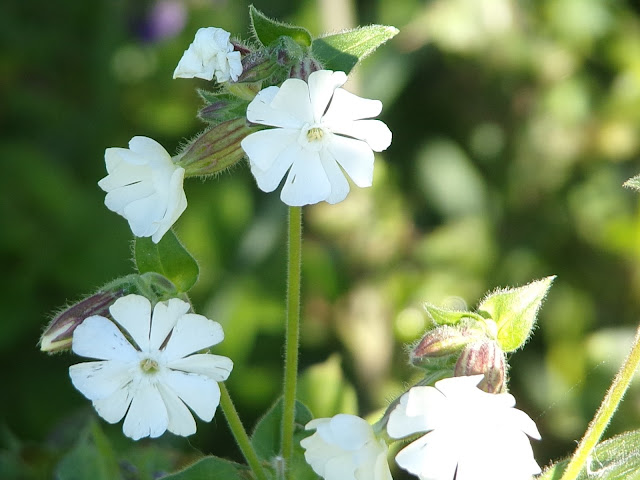 There's no special reason why I took a photo of these flowers. I just thought they looked pretty and, since I wasn't sure if I would find anything else worth taking a photograph of, I took a pic of them. 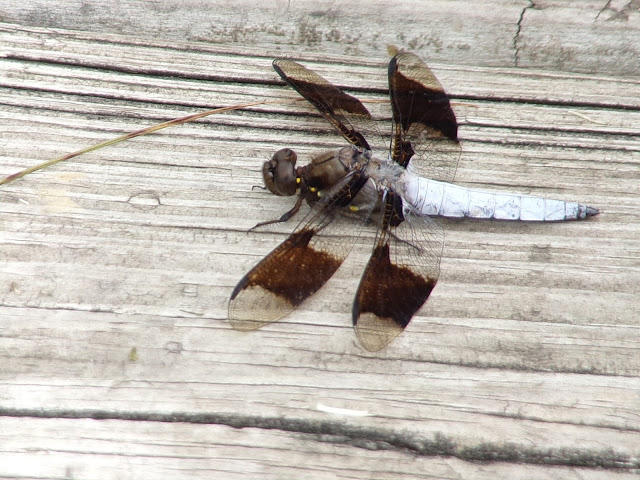 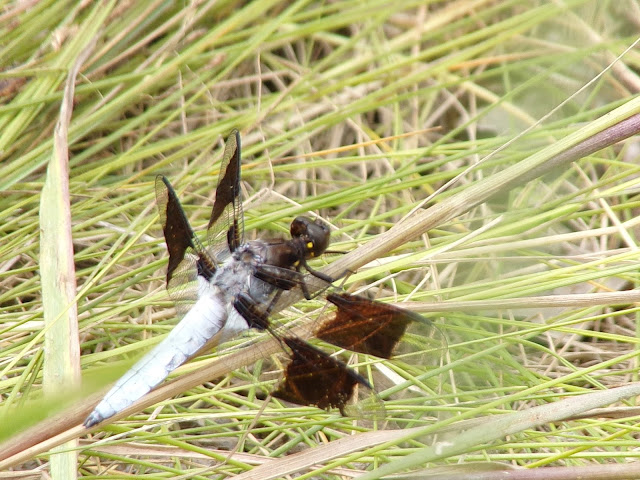 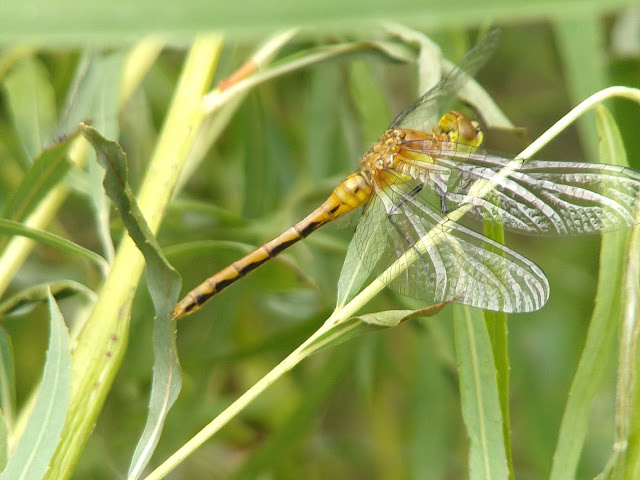 I've been getting a lot of photos of dragonflies lately because they are beautiful to look at (and have quite a few varieties) and because they are fearless. I can walk right up on one, take as many photos as I need and it won't budge. 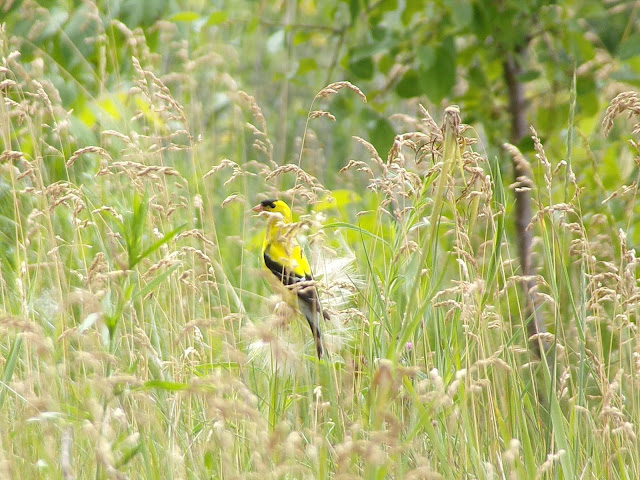 I got somewhat lucky with this goldfinch photo. I didn't see it at first and was only able to take one shot before it flew away. 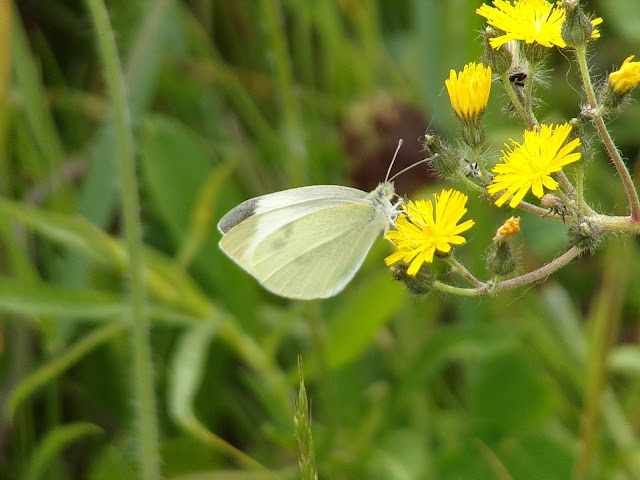 I saw this little guy flying around as I was trying to catch my breath after climbing up a hill (I'm not REALLY that out of shape, it's just very humid out right now). 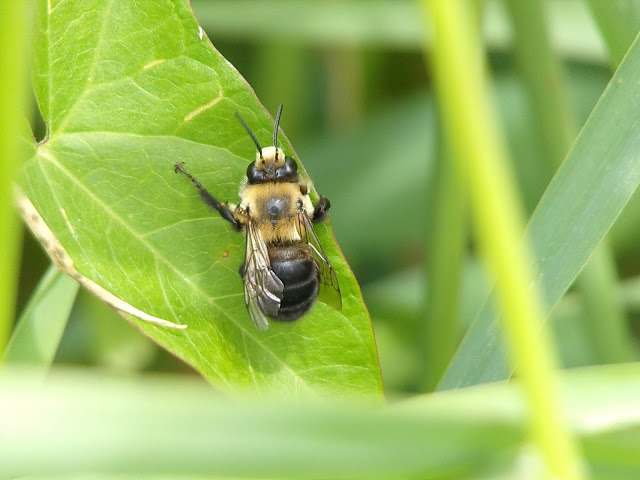 I tried, several times, to get a photo of a bee on a flower but failed each time because they simply would not hold still long enough to get them in focus. I did, however, get a photo of this one on a leaf. 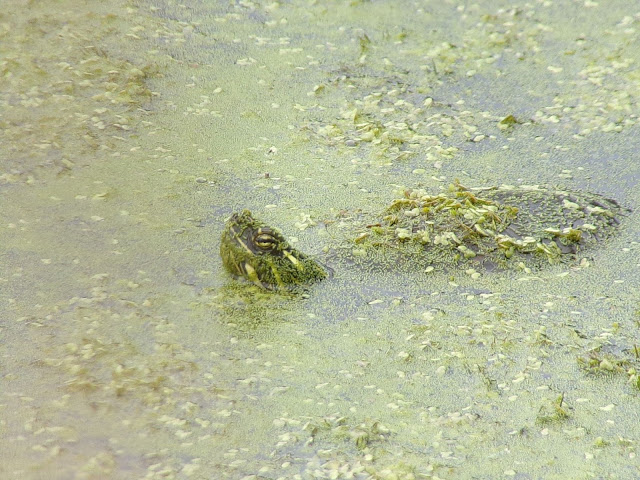 There's a lot of algae on the ponds right now and the turtles are a little hard to spot as a result. I saw this one moving around (the algae above it was moving so I knew it was there) and grabbed the photo when it came up for air.
bees birds butterflies dragonflies flowers goldfinch moths nature outdoors. photography turtles